New Priests for the Diocese 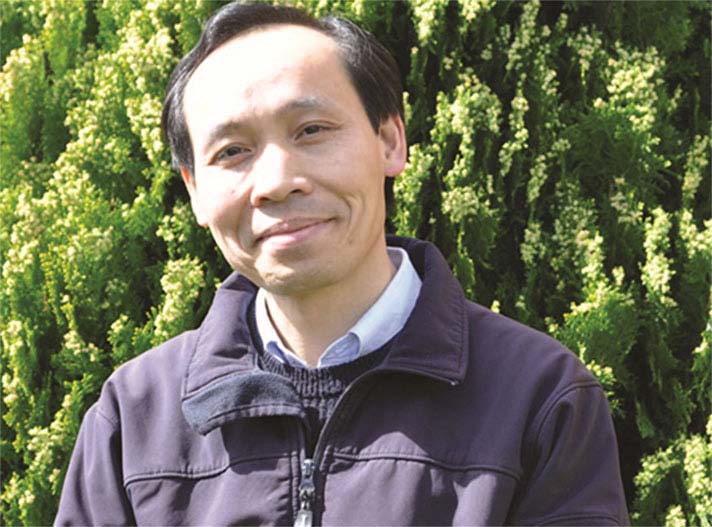 DEACON Hiep Nguyen, 40, will be the first of two new priests for Sale Diocese when he is ordained in St Mary’s Cathedral on December 15. He was ordained a deacon at the cathedral last year in a joint ceremony with Avinash George, who will be ordained a priest in India in January (more on that next issue). Hiep was born and raised in Vietnam and came to Australia to study for the priesthood for our diocese.

The third of five children in his family, he had positive experiences growing up in the Catholic faith. His grandfather had inspired him to become a priest when he was about 11-years old, when he commented that it would be wonderful if one of his grandsons would become a priest someday. Hiep said that at the time he had no intention of following his grandfather’s wishes but slowly his desire for a vocation changed. In 2000 he graduated with a Bachelor of Education and became a secondary school teacher near his home. On Sundays he became involved with teaching catechism to young Catholics in the parish.

In 2003, shortly before his grandfather died, he was urged to live a good Christian life and to try to share the mission of the Church. Hiep said he struggled at the time to discern whether God was calling him to a priestly vocation or married life, and so he sought spiritual guidance from a priest. After some time, and with the support of his family, Hiep realised that his ultimate joy and fulfilment would be found in responding to God’s call to the priesthood. He applied to enter the seminary to become a priest in his local Diocese of Vinh but unfortunately government restrictions that only 20 men can enter the seminary in Vietnam each year meant he missed out. In 2007 he met former Sale priest Fr Michael McKenna, now Bishop of Bathurst, who invited him to Australia to visit and perhaps enter the seminary here as a student for the priesthood in Sale Diocese. In 2008 he came on a visitor visa to see our country and attended the World Youth Day in Sydney with the Sale Diocese group. He returned to Vietnam to begin English studies, finally returning in 2011 to study at Corpus Christi Seminary in Carlton.

However, he had come on the wrong visa and so had to return to Vietnam to apply for a new visa but the Australian embassy rejected his application. With the aid of Fr Peter Slater he successfully appealed the rejection but by the time the new visa was issued he had missed too much of first year studies. It had been a hard journey but he finally entered the seminary in 2012. Since being ordained a deacon last year he has continued his studies at the seminary while serving in the Warragul parish where he has had the opportunity to conduct a funeral, celebrate some baptisms, visit nursing homes and practice homilies at some Masses. His parents and eldest brother have applied for visas and it is hoped that they will be allowed to come to Australia for his ordination by Bishop Pat O’Regan on December 15. He will also have strong support from his fellow seminarians and Vietnamese migrant friends who he has met since being in Australia. His first Mass will be at St Joseph’s, Warragul, on December 16 at 9am, followed by a Vietnamese language Mass at St Vincent Liem Centre, 95 Mt Alexander Rd., Flemington at 5pm.