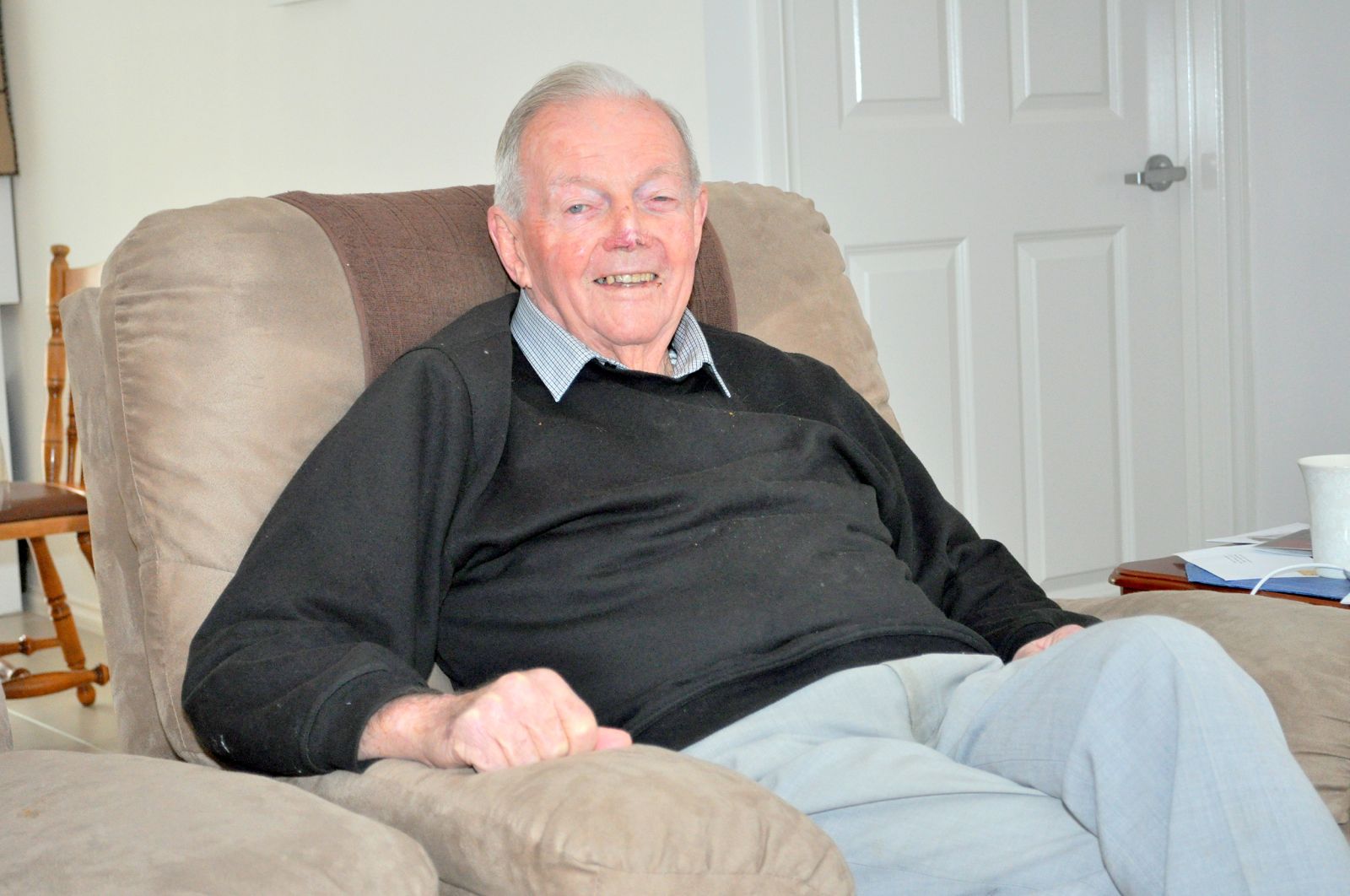 ‘Father’ of Catholic Education in the Diocese of Sale

The Acts of the Apostles tells of an early Christian convert whom the apostles nicknamed Barnabas because that means “son of encouragement”.  John Readman has been a Barnabas like presence in our diocese of Sale over many years.  He has encouraged many with his gentle humour and his appreciation of their efforts.

In 1959 he was appointed Diocesan Director of Schools (Inspector). In that role he was a gentle presence, visiting every class in every school every year.  While he came with an official title he most often exercised the role in a kindly way that supported teachers and students.

To give another example of this trait, in recent years we have gained priests and seminarians who are now priests from other counties.  John has befriended them, given them nicknames, and gently supported them.

In my own first parish appointment John came to Sale as administrator of the cathedral parish.  He would share the latest book he was reading (he was as prolific reader) or we would talk about pastoral issues in the parish.  I experienced his encouragement and I am grateful for it.

He was also a great believer in formation.  In order to take on the role of inspector of schools he studied education and qualified as a teacher.  Later for some years he arranged weeklong faith development programs many of our teachers and parishioners and priests benefitted from these.

We knew him to be a “Mallee Boy”. The farm property at Kulwin was remote from large towns and conditions were hard with droughts and rabbits in large number.  But it was good for young John, who passed his time riding horses, rabbiting, raiding birds’ nests and swimming in dams.

He would say that family life and prayer was vital, as Mass occurred once a year whether it was needed or not.

Moving away from the Mallee, the family lived for some time on a small block near Berwick.

The children walked 3 miles to catechism classes on Saturday, and 3 miles home; then the same for mass on Sunday.  On weekdays they walked to school, only a mile and a half away – a breeze.  Then the family shifted to Bealiba.

John came to the diocese of Sale in a roundabout way.  He felt called to “something more” which he came to see as priestly ministry, partly through living in a Salesian hostel in Brunswick when he came to Melbourne to get a job at 14.  There was now mass every day and twice on Sunday.  He became a lifelong friend of the Salesians.

Attending a weekend at Rupertswood the possibility of joining the Salesians was put to him.  But they had served lumpy porridge on both days, so he couldn’t picture himself as a Salesian.  Later after talking to a Redemptorist giving a mission he found himself at their Juniorate at Galong.  He completed his secondary education there but by then felt called to parish ministry.  Bishop Ryan accepted him for the diocese of Sale and he attended Corpus Christi College, Werribee.

Ordained in 1956 he served in a variety of parishes over the journey.  But I would highlight one of those; he founded the parish of Our Lady Help of Christians in Narre Warren in 1980.  The first parish school was named Don Bosco, after the founder of the Salesians.

But perhaps his work in education is his greatest legacy.  As Inspector of Schools From 1959 and later as Diocesan Director of Education (Full-time) from 1969, and later again as Director of Religious Education, 1987 to 1993, he was familiar to all in our schools.  The education office when he was director was a collection of manila folders in a box in the boot of his car.  But times change; the Whitlam government started to give significant funding to Catholic schools.  Money has to be accounted for.

He saw the need to employ people of vision, professionalism and a deep faith.  That led to the appointment of Terry Synan, who played a huge role in the development of Catholic education in the Diocese.  It reflects well on John’s judgment.

When retirement came in 1997 he went to live in a converted cowshed at the Salesian property at Lysterfield.  Then later to a house in Narre Warren, and finally to Shanagolden Village, Pakenham.

Ministry continued for some years; he visited people he knew, mowing lawns, taking people shopping or to meet medical appointments.  Or he would call in to nearby parishes to meet priests and parish staff; and he was available for supply work.

His visiting was distinctive: it was usually quick, more or less it involved “hello, how are you?” And if all was well he would soon be on his way.

He spoke of death, as we all must do.  He was known to call it “going down the Burnley tunnel”.  Well now he has made that trip.

I visited him a couple of days before he died.  He didn’t respond but kept repeating one of our Mass chants; “Glory and honour to you, Lord Jesus Christ, king of endless glory.”  Wouldn’t we all hope to face death praising our Saviour.

We pray that a man who brought joy and happiness to others may enjoy to the full the happiness the Lord gives.  We pray that we will know the peace the risen Jesus gives and be guided by the Holy Spirit on the journey down the Burnley Tunnel that awaits us all.

Excerpt from the Requiem Mass homily given by Fr Peter Slater VG.