I write to advise of the death of Monsignor John Patrick Allman who died at O’Mara House, Traralgon early this morning 10th December 2021 aged ninety-six years of age and in the seventy-first year of his priestly ministry.

Our father is dead;
he has vanished from our world like the morning sunshine and many hearts long that his great life should flood with its brightness the memory of generations to come,
and indeed of those still living for whom it shone in all its splendour.

(Words of Cistercian Walter Daniel reflecting upon the death of Abbot, St Aelred, 1167)

The ‘great life’ of Monsignor Allman will echo for generations to come across the Diocese of Sale. A young man from Denison, via Heyfield was ordained on 22 July 1951 at St Mary’s Cathedral Sale. It was a day of rejoicing as a local man responded to the call of God in Jesus Christ to become a priest for the Diocese of Sale. He was a man of Gippsland. His deep spiritual life was formed by his sense of his home and its people. He had been formed in faith at the hearth of the family farm in Denison. The loving witness of his father, Daniel, and mother, Mary, provided a foundation in Catholic life which sustained him throughout his years of ministry and his long life.

How does one measure the influence which Monsignor Allman has had upon the Catholic Diocese of Sale? So many years of his ministry had been centred upon St Mary’s Cathedral, and in service of the bishops of Sale who relied upon his administrative skills, vision, business acumen and his gifted pastoral outreach (He has known eight out of ten). His love of St Mary’s Cathedral and the profound influence which shaped its history and restoration will resound. The same too will be remembered at St Michael’s Traralgon where he enabled the liturgical renewal of the Second Vatican Council to be realised in a daring renovation centred upon the circular altar and sanctuary, and the beautiful windows of the life of Christ. Above all he was a dedicated pastor to the people of Sale, Traralgon and surrounding districts.

While he always introduced himself as Father, the name “Mons” is legend among the thousands of Catholics who encountered his welcoming ministry and found in him a priest after the heart of the Good Shepherd himself. His extraordinary ability to connect with people has meant that Catholic and non-Catholic alike found a pastoral friend:  The “Mons” has held a special place in the homes and hearts of so many. Many will remember his care at the time of family grief and the deep connection he forged in their “valley of darkness” as he led them safely to “pastures green.” The hundreds of couples he accompanied to their marriage vows and the joys which they would celebrate.
Thousands of families will recall Mons Allman at Sacraments of Initiation. Others will recall a kindly confessor at critical moments of conversion. Others still will recall his proclamation of the Word and the thousands of Masses which he celebrated uniting his priesthood to Christ.

Monsignor Allman has been a friend among his brother priests and deacons. He has been a ‘father’ and a colossus of wisdom, history and a brother in times of struggle. His dedication and love of the Diocese reminded us how our spiritual lives as clergy is shaped by our people and the place we call home.

To his extended family Monsignor has been “Seeny”. An uncle, cousin and friend. He found time for each of them and remained deeply connected to each generation. Fiercely independent, he would, until very recent times, just appear at all manner of family functions, joyful and sad, and take his rightful place as Elder Statesman. His connection was deeply personal, yet his priesthood was a beacon to guide, to counsel and to honour.

We mourn the loss of this great priest of Sale. We rejoice that he has enjoyed such a long and wonderful life. We are grateful for the profound witness in service of Jesus Christ and his deep devotion to Our Lady of Perpetual Help through whom he dedicated his life.

His last Mass was celebrated on Saturday afternoon at his bedside at O’Mara House. He whispered every prayer. He gazed upon the consecrated host and chalice with eyes as though fixed on heaven: A moment when time and eternity were united. He said he knew Jesus was suffering with him and he was offering his suffering to the Lord. He blessed his bishop, clergy, people of Sale invoking the intercession of Our Lady. There was nothing more to do other than await the great victory he had preached through his words and actions the promise of eternal life.

Today a certain reflective silence falls upon the Diocese of Sale. At St Mary’s Cathedral, St Mary’s Bairnsdale, St Michael’s Traralgon and every parish, prayers and Masses will be offered for this good and holy man. His life and his death will be remembered in the stories which will be told and as his name falls gently from our lips.

While our hearts are saddened today, we can be sure in faith that our brother John will be welcomed by the angels into paradise. We pray he now enjoys the rewards of his faithful life in the eternal presence of God whom he dedicated his life, and in the presence of Our Lady of Perpetual Help, upon whose intercession he relied and in whose model of discipleship he lived.

May he rest in peace and rise in glory. 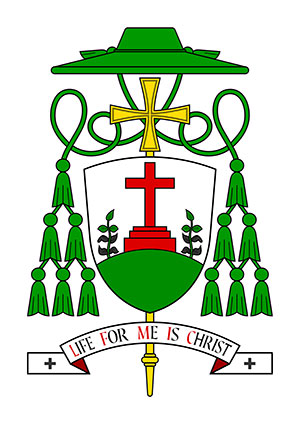 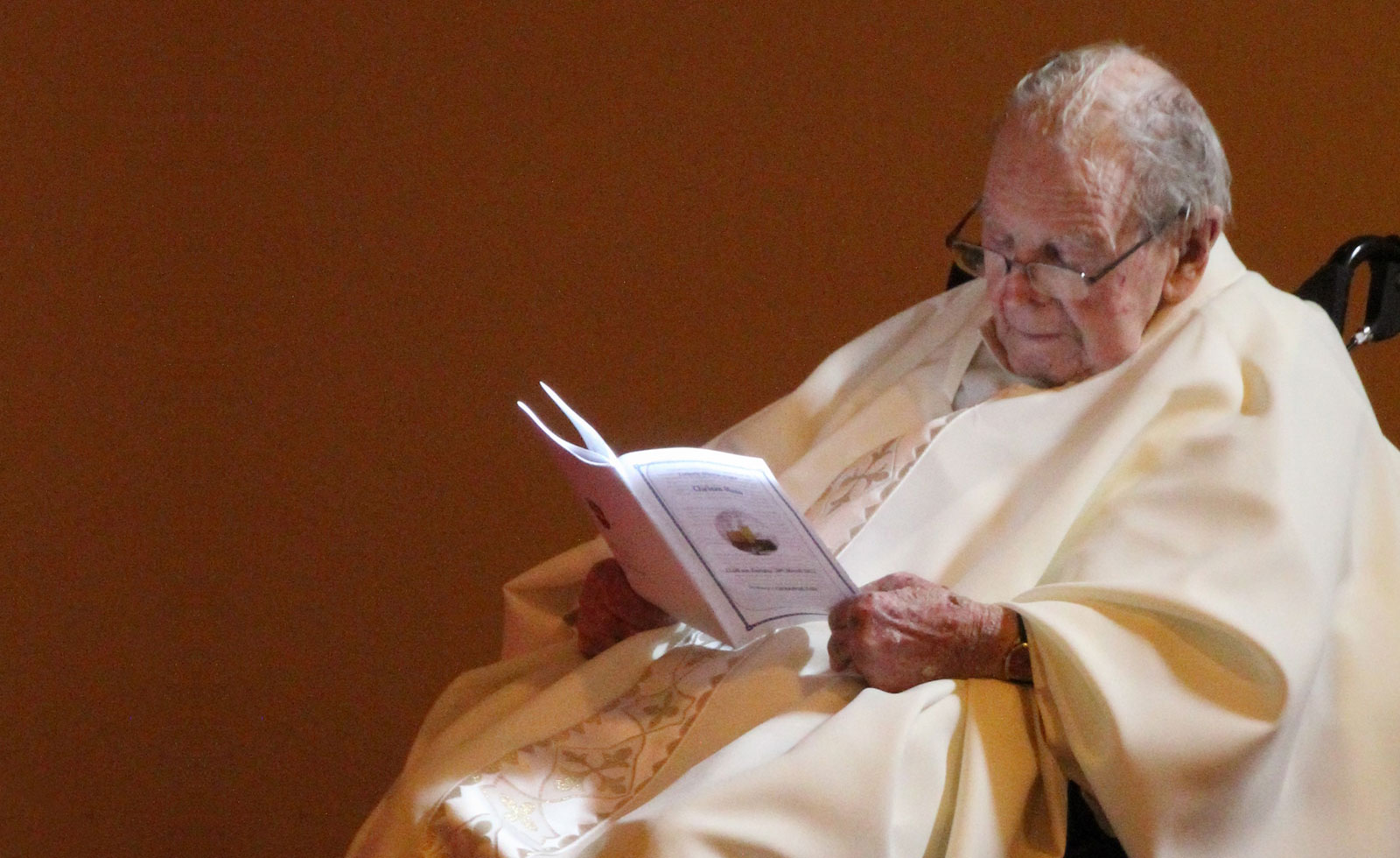 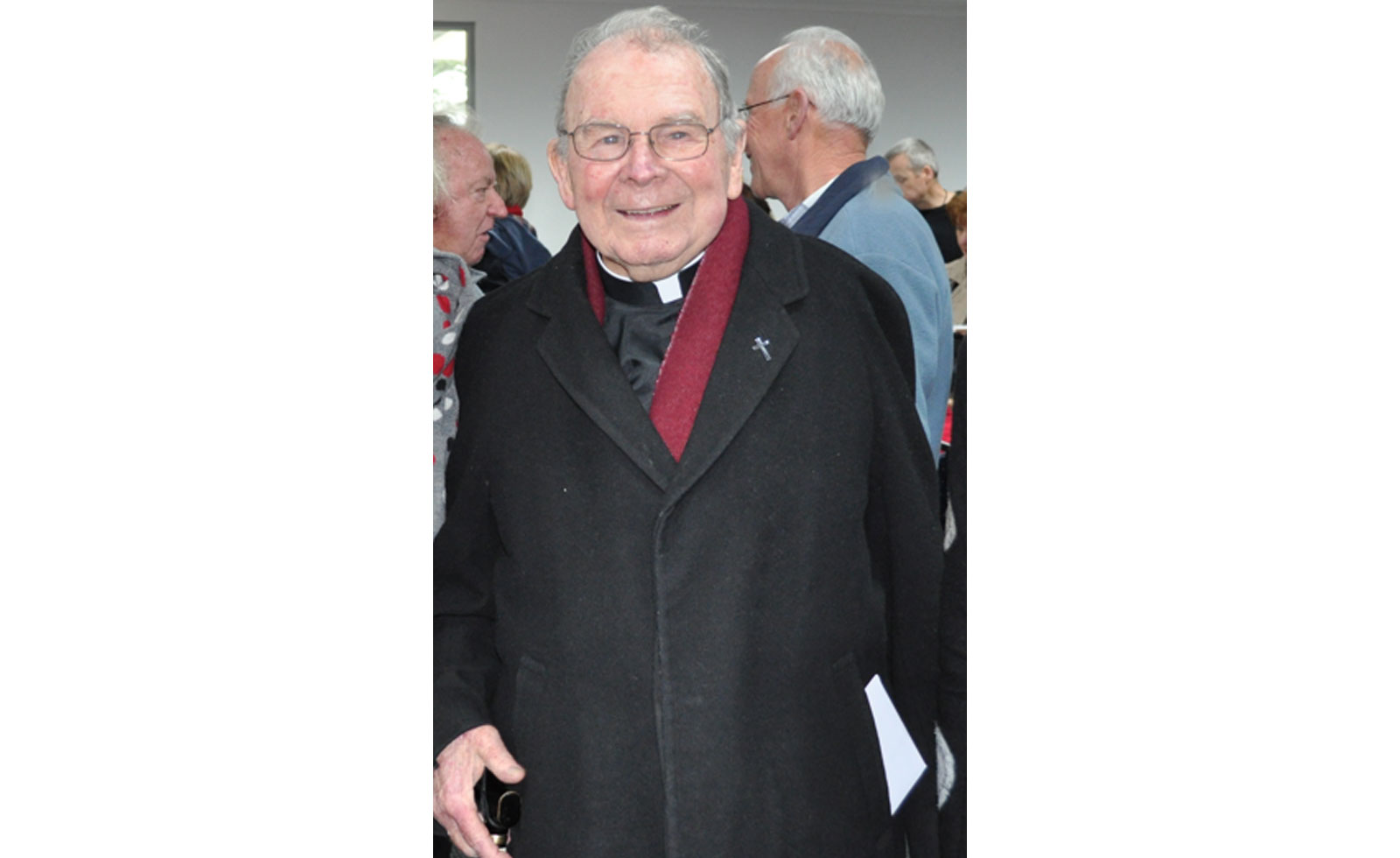 Monsignor Allman at 60th Anniversary of his ordination, July 2011 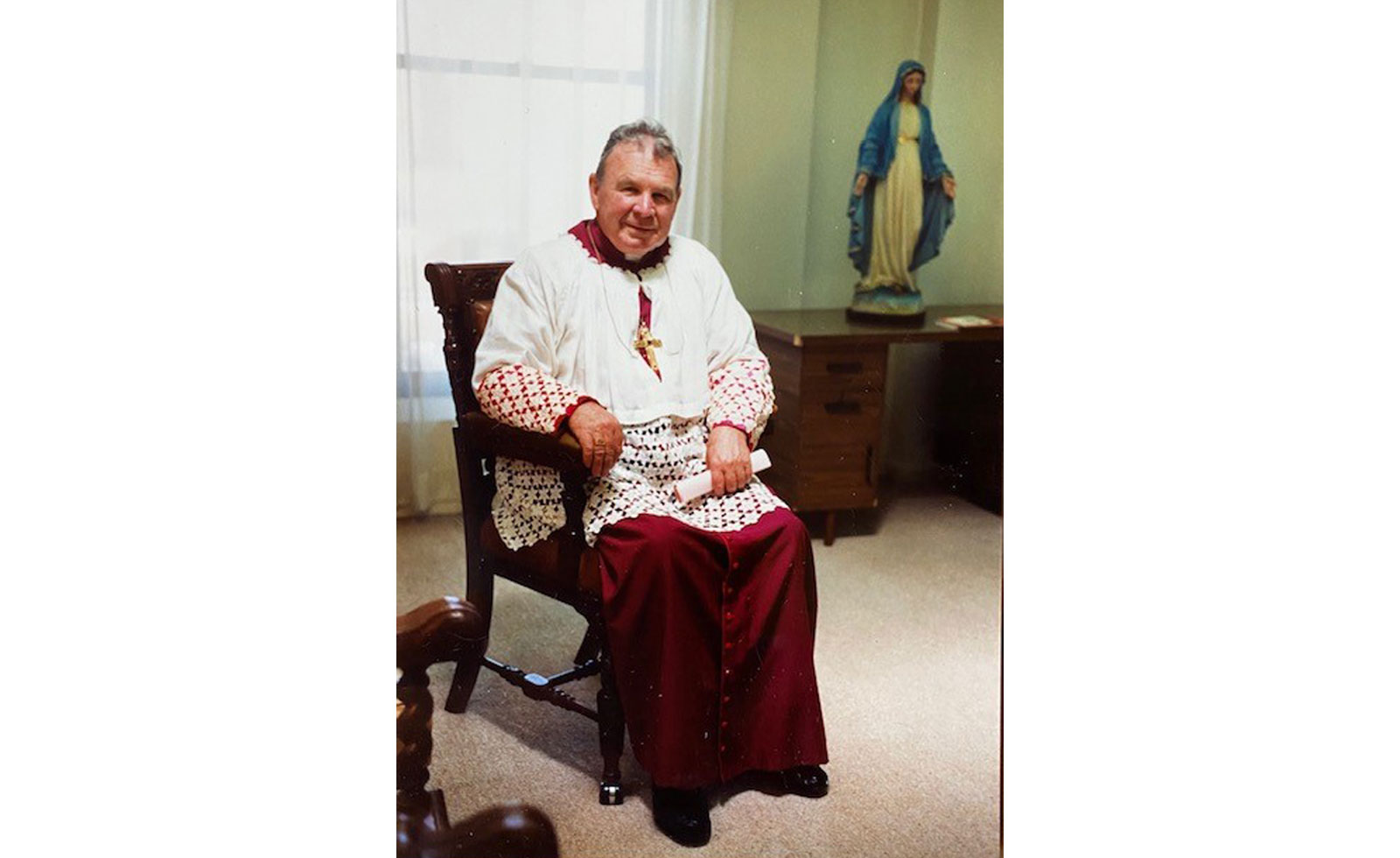 This photo is a one of a series of photographs taken by the painter in preparation for Mons John's portrait which proudly hangs in the Cathedral Presbytery, Sale 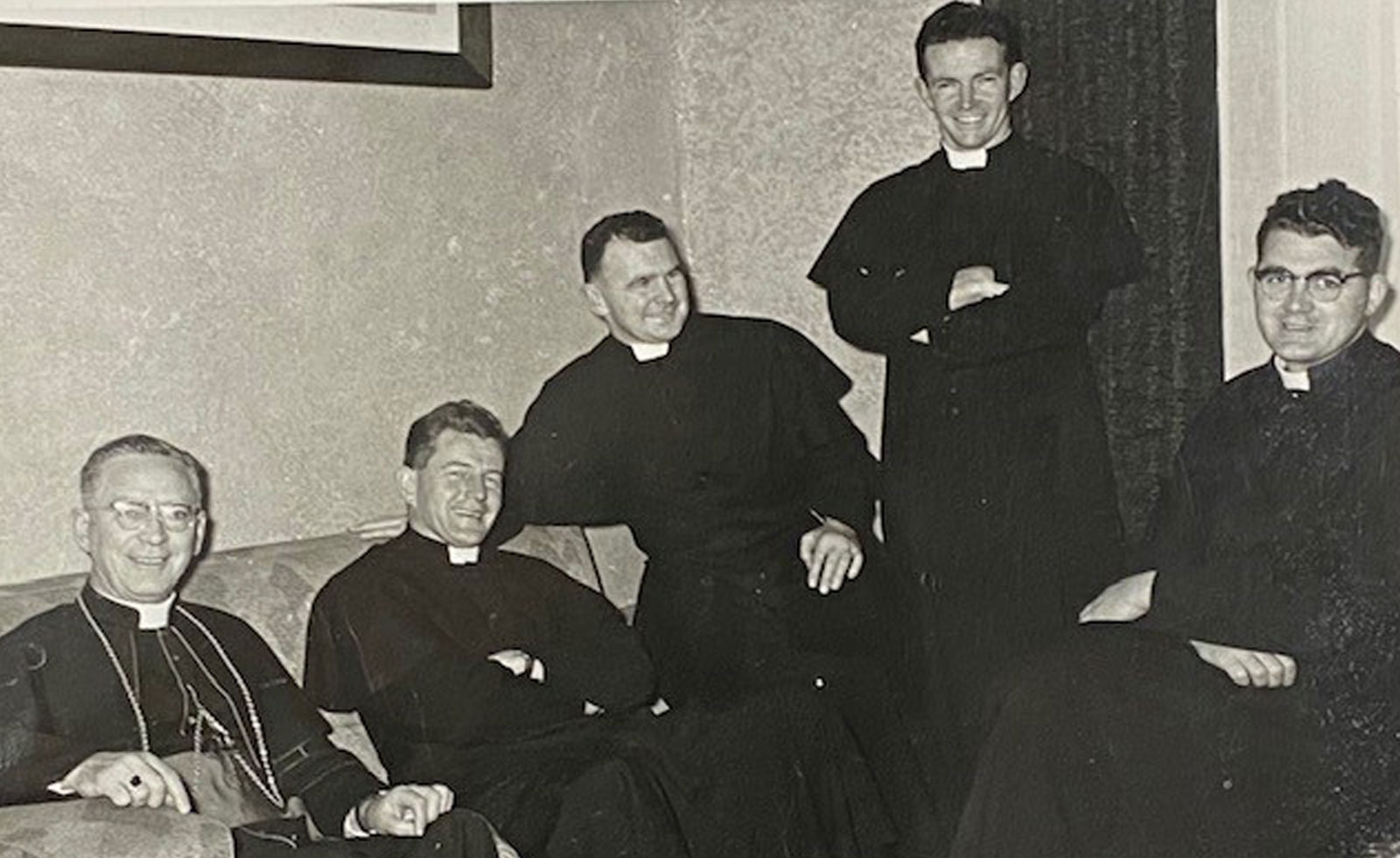 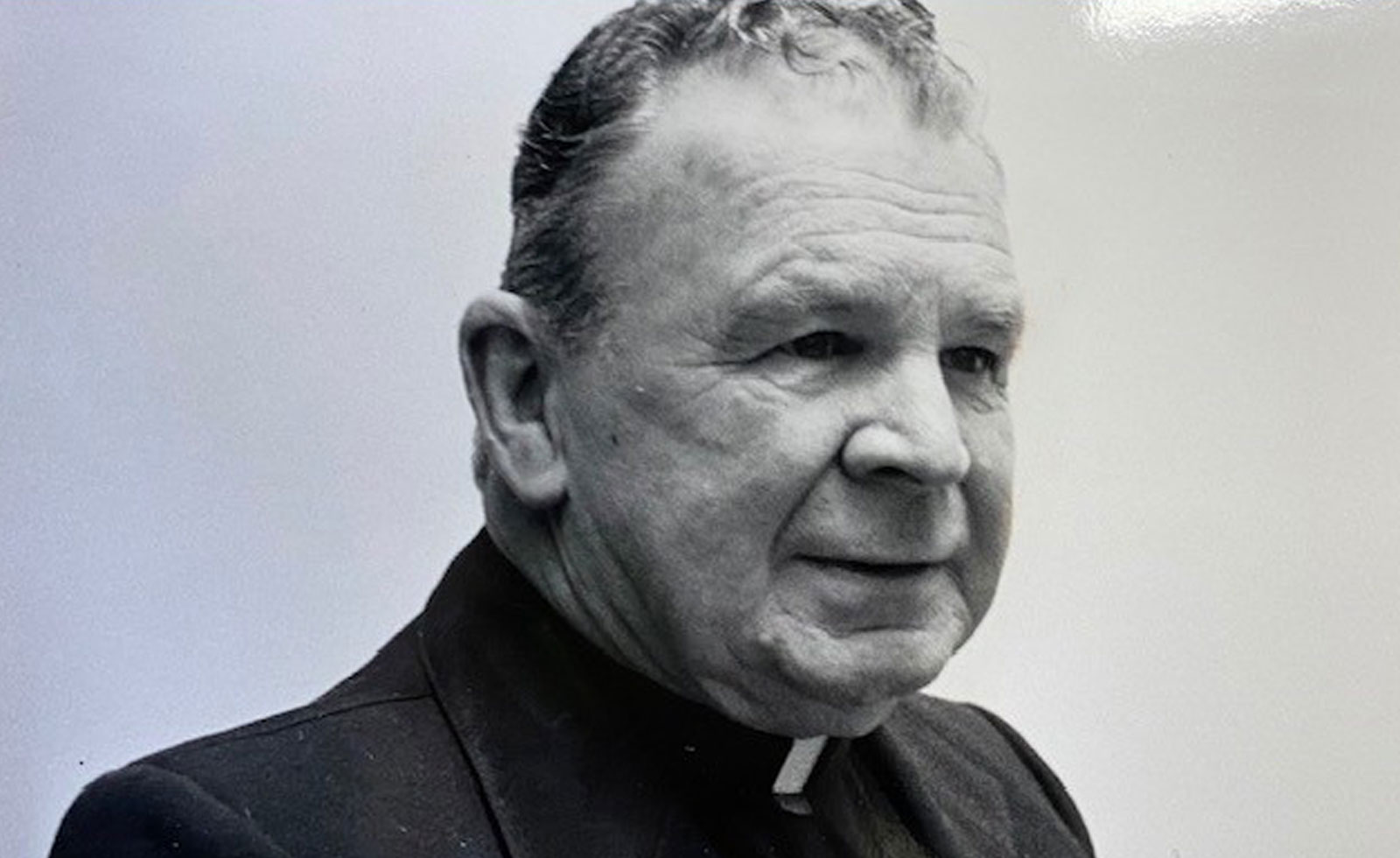 Monsignor John Allman
Back to All Articles
Next Article