Jithin Anto, Confidence Masvosva and Paul Zaher were ordain at the same ceremony, this being the first time three ordinations have occurred at the one time in the Diocese.

The Ordination was well attended with representatives traveling from parishes around the Diocese filling the main Cathedral seating to capacity.

Deacon Jithin, 33, from Kerala India was supported by his parents Antony and Aliyamma Anto, who were on their first trip to Australia, as well as his Aunty Lilly, twin to his mother, who travelled all the way from Denmark.  He is the third clergy member from the Indian region to join the Diocese following Fr Avinash George and Deacon Stanly Davasia. He thanked the Indian community, both locally and back at home, in his native tongue during his thank you address.

Deacon Confidence,35, who comes from Harare Zimbabwe, was supported by the Zimbabwean Community along with members of his immediate family. Deacon Confidence’s parents Annacolleta and Crispin Masvosva have both passed away in the last 9 months. Bishop O’Regan prayed for them during the Mass and Deacon Confidence acknowledged their role in his faith journey. 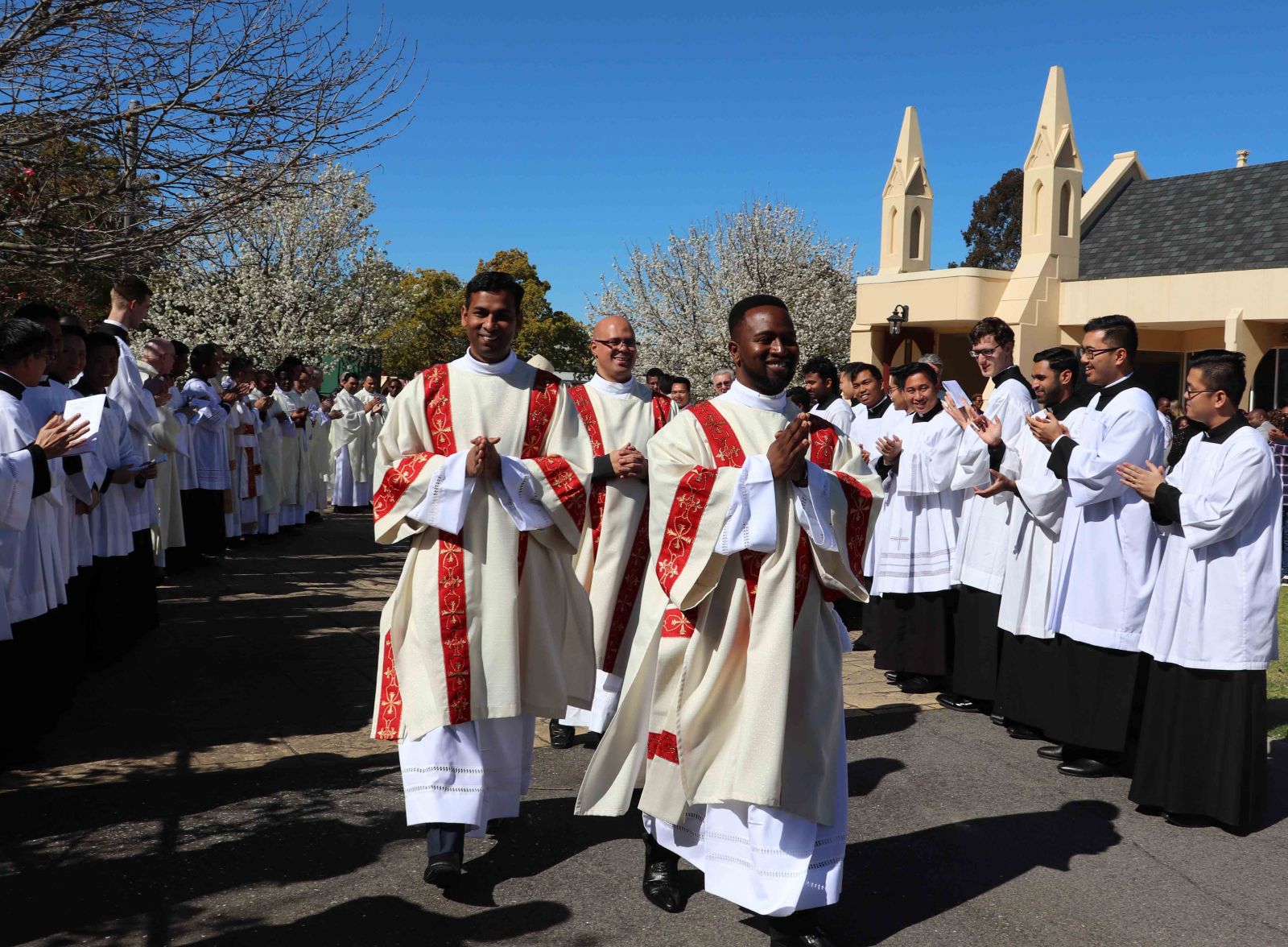 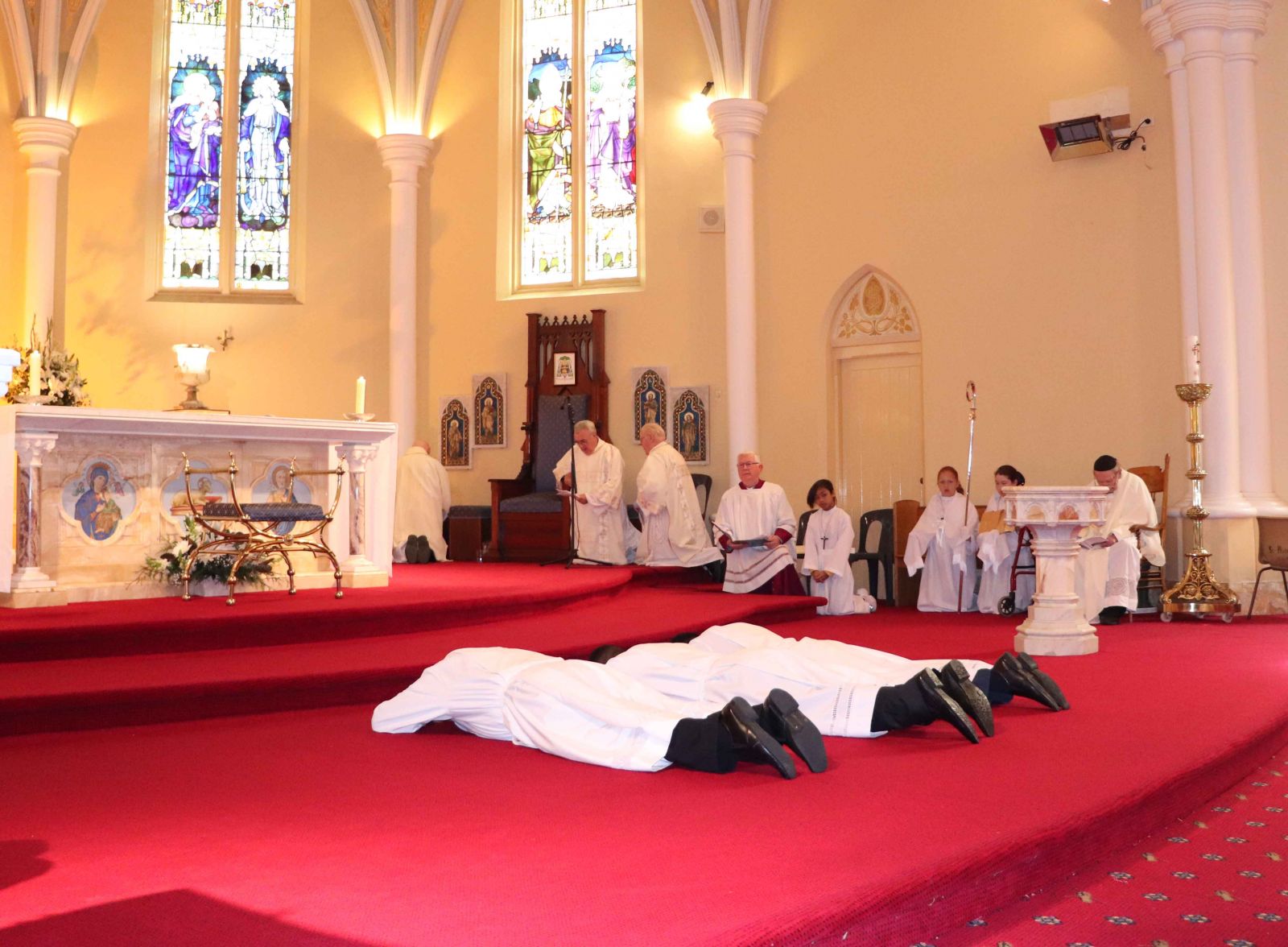 Deacon Paul, 34, grew up in Dandenong North and experienced parish life in the West of the Diocese. This included involvement in music ministry at Berwick parish and altar serving at Cranbourne Parish.

Paul’s parents Simon and Rosemary Zaher were at the ceremony along with his siblings, Godparents and extended family.

Deacon Paul spoke on behalf of the other two Deacons thanking the Diocesan community, Corpus Christi Seminary and all involved supporting the Deacons to prepare for this day, organising the ceremony and post event celebrations.

In addressing the Deacons Bishop O’Regan drew on a number of themes in offering advice in his homily including: discussing the faithfulness of God, the centrality of Grace in the Christian life and the example of St Joseph as worker and protector.

In discussing ‘Grace’ he encouraged the candidates to take ‘Grace’ beyond something said at meal times and for it to become part of their daily lives. Bishop O’Regan referenced Fr Michael Casey OCSO, a monk of Tarrawarra Abbey quoting “What God does to us, and for us is more effecting than anything we can do to ourselves, or for ourselves”.

A guard of honour was formed as the new Deacons left the cathedral by their seminarian brothers and fellow clergy.

The Zimbabwean community celebrated with Deacon Confidence playing African Drums, singing and dancing on the lawn beside the Cathedral.

The Deacons will be appointed in the coming months to parishes to minister through until their anticipated ordinations to the priesthood in 12 to 14 months. 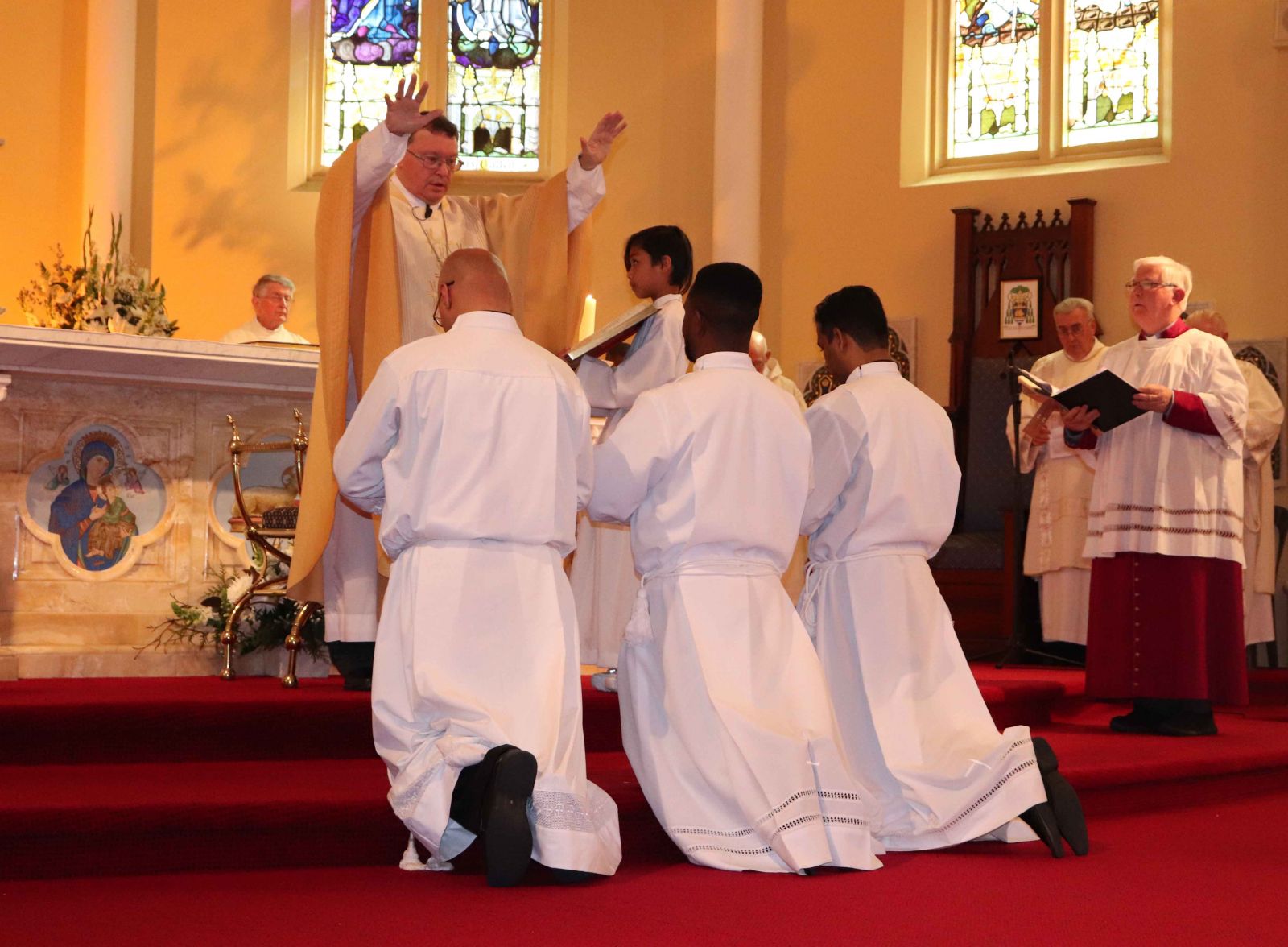 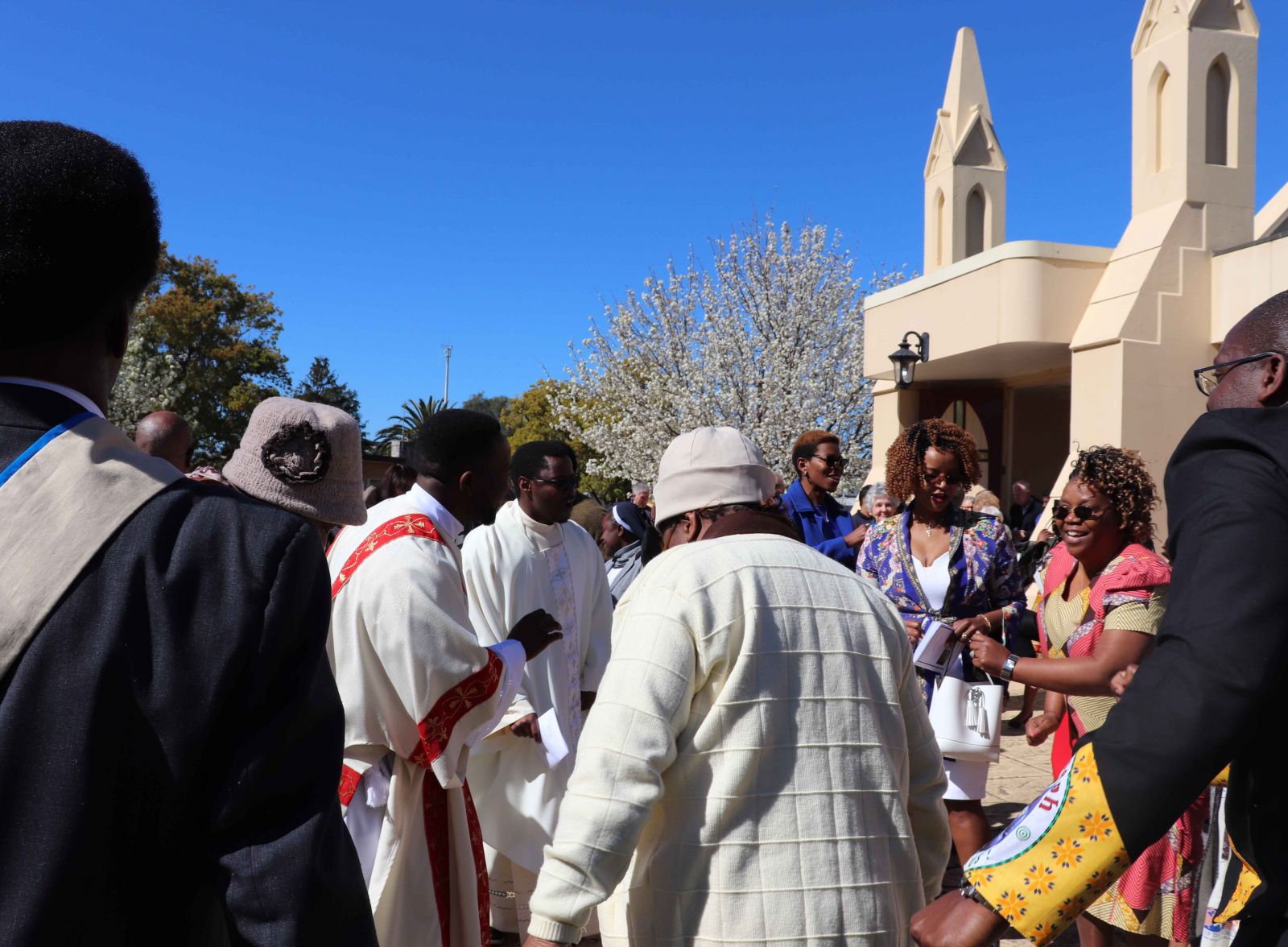